When you are in love, your brain is wired to think only of your partner’s best qualities. And even if you are aware of their imperfections, you’re willing to set those aside, because what’s more important is making your happy relationship work. After all, you’ve vowed to stay committed to one another for the rest of your lives when you tied the knot.

But do the marriage vows include staying with a criminal?

Being and staying married to a convicted criminal isn’t all an unusual case. Ted Bundy, a notorious serial killer who murdered at least 36 women in the 1970s, had a wife who maintained that he was innocent nearly until the end. She only divorced him a few years before his execution.

Usually, the husbands and wives of criminals stay because they don’t believe the accusations placed upon their spouse, even if the judge already declared them guilty, with sufficient evidence and all. These marriages endure, even with harsh criticism thrown against them. Psychologists say people can find a deep sense of purpose in relationships with convicts because being connected to an outcast affords a sense of righteousness profoundly appealing to human nature.

But if your instincts tell you otherwise, it’s completely normal and in fact healthier for you. Even if you’re still in love with your spouse, you can’t stay with them and cover up for them in turn, especially if their crime is a heinous one. A criminal past or incarceration can be a basis for divorce, and if you don’t feel safe pursuing it, an experienced divorce lawyer can help you. 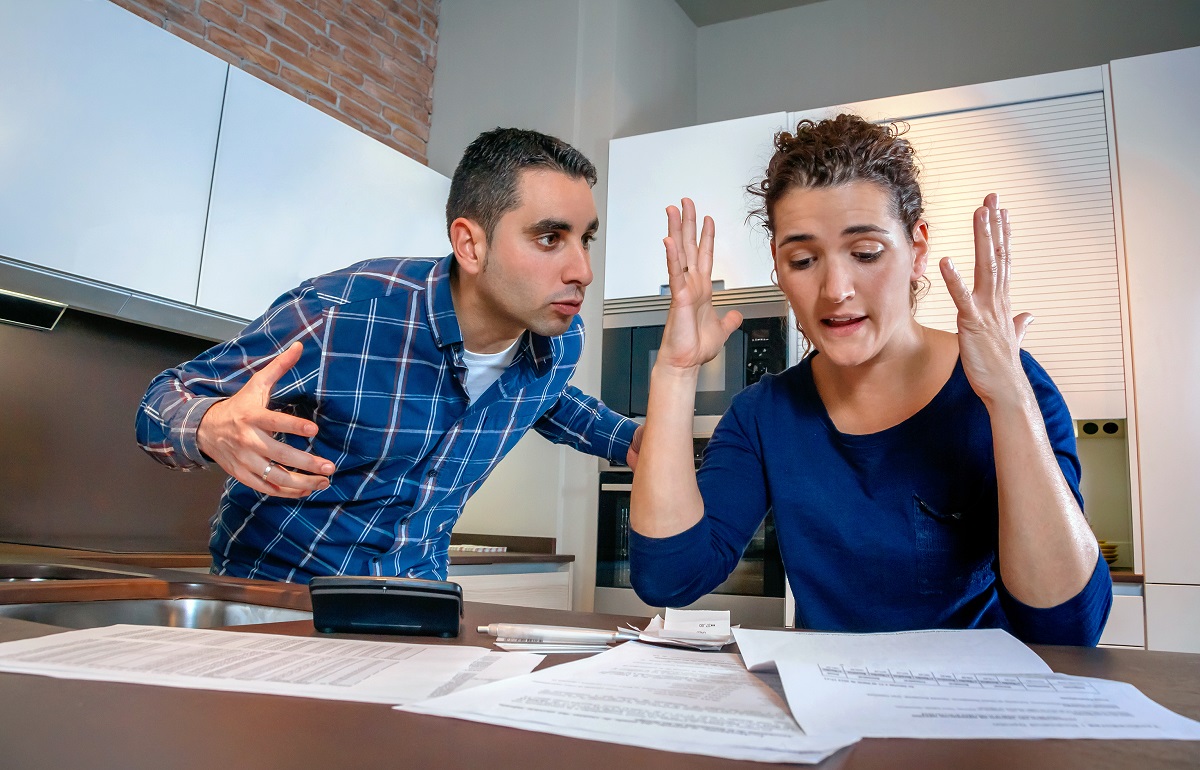 Upon discovering your spouse’s secret, it’s normal to deny what you just learned. The shock causes you to feel that way. Afterward, you may choose to keep a “putative secret“, which psychologists define as a scenario in which you know a secret, but act like you don’t. However, research found that putative secrets within romantic relationships result in more conflict.

Of course, given your spouse’s secret, which is a criminal past or an ongoing criminal activity, your putative secret will really create more problems and ones that don’t just involve the two of you. The longer you keep the secret, the worse you harm your partner’s victims or those affected by your partner’s victims. If there’s already a trail of restraining orders or criminal charges against your spouse, pretending that they’re not a criminal only delays justice for their victims. Not to mention allows them to victimize other people.

Let’s take a look at the infamous case of John Meehan, a.k.a. “Dirty John.” His girlfriend, whom he later married, Debrah Newell, discovered his criminal past thanks to her daughters who had hired a private investigator to look into his dodgy character. Meehan posed as a surgeon throughout the course of his relationship with interior designer Newell, when he was in fact a nurse stripped off his license and fresh out of prison. Prior to his relationship with Newell, Meehan conned several other women. However, his first incarceration was due to felony drug theft and resisting arrest. From then on, he had been in and out of prison and started his reign of terror against other women.

If your spouse is like John Meehan, he may manipulate you into staying with him despite his despicable acts, That’s exactly what Meehan did. But even if your spouse’s crime was done in the past, there’s no excuse for letting them run free. Their victims might still be seeking justice. Besides, they may be conning you, too.

In this scenario, it’s no doubt safer for you to flee and call the authorities. But it isn’t that easy. So before alerting the police, inform someone you trust about your situation, and together, work on a way to have your spouse apprehended. If you can gather evidence of their criminal activity, do it. You may even reach out to their victims if it’s possible.

Surrounding yourself with people you trust with your safety is crucial. You’re in a vulnerable position living with a spouse who’s potentially violent, or worse, deadly. So be transparent with your support network, but don’t risk triggering your spouse’s criminal instincts. Confront them only when you’re absolutely sure that you’re safe.

You may not divorce them right away. You can proceed with that process only when they’re in serving time already. Divorcing someone in prison is common, and an understandable consequence of incarceration. At least, behind bars, your spouse can’t harm you.

Remember, the law will only be on your side if you don’t tolerate your spouse’s criminal activity. Do the opposite, and you’d also pay the price of their illegal acts.